Listen to the full audio here. 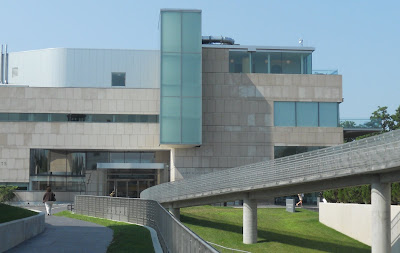 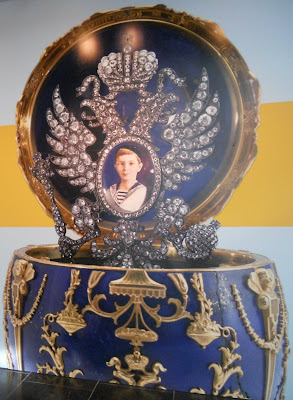 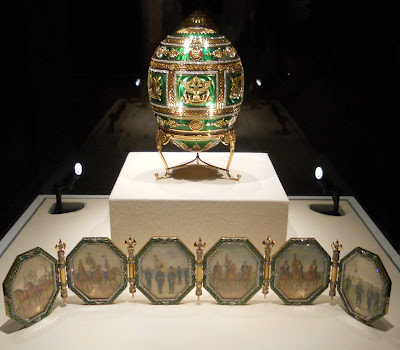 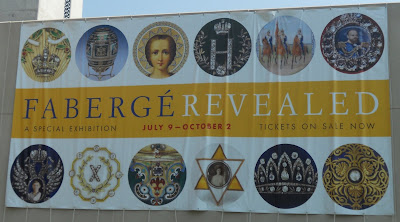 On July 7th WRIR Local News attended the media preview of Fabergé Revealed at the Virginia Museum of Fine Arts. The exhibition features over 500 objects, making it the largest collection of Fabergé in the United States, and as an exclusive to the VMFA will not travel.

Internationally renowned Fabergé scholar Dr. Geza von Habsburg joined the VMFA as Faberegé guest curator and authored Fabergé Revealed the book. He said his Fabergé story is one that goes back over forty years.

“I have known the collection for many, many years and the director had decided that it needed, really, a modern publication," he said. "I was available and I just offered to do the catalogue - that was two and a half years ago.”

Dr. Geza von Habsburg said he is delighted to have been involved in the project and gladly shares his excitement for the collection.

“An absolutely unique opportunity to come and view some of the finest pieces by Fabergé in the whole world, and Fabergé is such a pleaser to the public, that it’s going to be very well attended.”

VMFA Director, Alex Nyerges said putting together a showing of this magnitude goes back many years. He said as they defined the exhibition and determined who and what the team would include, getting Dr.Geza von Habsburg to be a part of that team became critical as he considers the doctor to be the most foremost expert in the field.

“It was essential because there were several things, one is creating the exhibition, two is creating a permanent collection installation which will actually happen in 2014, but then the other is the creation of this seminal volume of scholarship, that seven pounds of book, on the Pratt collection and all of our Fabergé work, so that's a much longer undertaking,” he said. “Geza’s intense scholarly work has been the last couple of years, but then going along with that we have the design of the publication, the photography that happens, the design of the exhibition, all of the loan materials which require extensive paperwork and contact, there’s shipping and insurance - a myriad of details that are handled by all of our staff here. We have people who are registrars, experts in handling loans, we he have designers, photographers, and they’re all the best.”

Nyerges said the museum's public relations and marketing departments create media materials for events like this one, and futhermore the special events department gets involved, housekeeping, food and beverage - all are considered in the big picture.

“Last night we had a sponsors event for all of our major patrons, and so brought them in here and we had 850 people from not just around Richmond, and Virginia, but literally from around the world," he said. "And then the other component today is the scholars day, where from now till eight o’clock tonight we have got sixty or eighty scholars from across the globe from Russia, from Finland, from the UK, from across America and Canada, it's the largest brain trust about Fabergé ever.”

He said the Virginia Museum of Fine Arts hosted an exhibition of Fabergé in 1996 called Fabergé America and it drew in about 120,000 visitors. He said they anticipate Fabergé Revealed to do very well, especially considering Fabergé is the number one attraction in the permanent collection at the museum, and has been for seventy years.

“Be prepared to be dazzled, even if you don’t like jewelry and you don’t have any interest in the Romanovs and the Tsars, these are the most dazzling, intricate, amazing objects that have ever been created,” he said. “Fabergé and his workshop - the best jeweler in the world, in history, period.”

A large majority of the Fabergé collection at the VMFA was donated by Lillian Thomas Pratt in 1947. Additionally the Fabergé Revealed exhibition showcases over 100 pieces belonging to Fabergé enthusiast and collector, Dr. Daniel Hodges.

"Being from Virginia, born and raised in Roanoke, it's kind of neat," he said. "Lillian Pratt with her Fabergé collection, and a 21st century collector of Fabergé, looking at what could be purchased fifty to seventy years ago as opposed to what you can obtain now, it's different.”

Hodges, who divides his time between Virginia and Louisiana said he was inspired to lend his collection to the museum in New Orleans post Katrina. He said although he had only ever intended it to be private, the Hodges Family Collection of New Orleans has been a good thing.

"I’ve always been a chronic collector - American paintings and furniture and what not, and I happened upon some pieces by Fabergé, and I realized the amount of work that went into making them, I mean thousands of hours to make one piece, and just the detail it was phenomenal," he said. "So I bought my first piece and then bought another piece, and then I started collecting and then researching and running all over the world - running these pieces down, it’s kind of a treasure hunt, and it’s been phenomenal, thus far I've got like 150 pieces, they were just things that I used in my home and enjoyed."

Fabergé Revealed opened to the public this past Saturday, July 9th, and will run through the second of October.